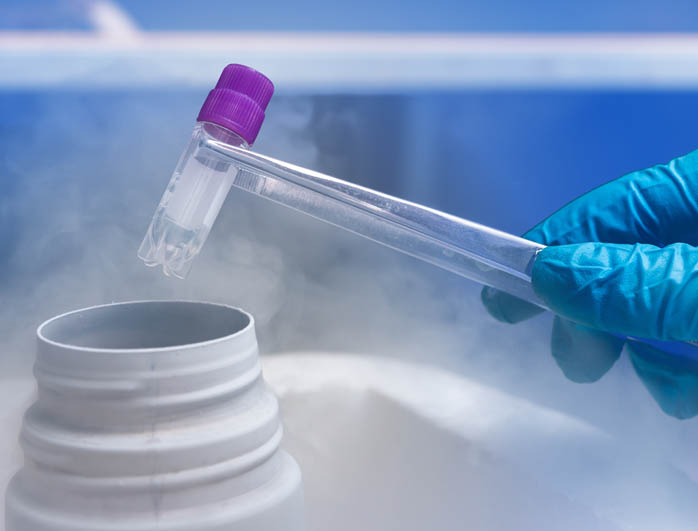 When a female is born, her ovaries already hold all the potential eggs she will have in her lifetime. Over the years, many of these eggs are lost due to natural cell death, and all through her fertile years,  ovarian follicles “compete” to mature and release an egg during ovulation.

This process accelerates as women age until the ovaries stop releasing eggs, and they enter menopause. However, while a female’s capacity to reproduce is almost exhausted once she hits menopause, poor ovarian health can diminish a woman’s fertility much earlier. Whether caused by natural ageing, or through hormonal fluctuations, poor ovarian health is one of the leading causes of infertility in women.

The prudent approach for poor ovarian responders or diminished ovarian reserve (DOR) in a conventional IVF cycle often is to retrieve eggs that do develop, rather than letting them be discarded. Maximum stimulation, which is usually practiced through conventional IVF can often lead to chromosomally abnormal egg formation, thus creating abnormal embryos that don’t implant.

“A pregnancy ultimately takes just one egg and one embryo,” informs Goral Gandhi, an embryologist talking about IVF Lite, an upgrade to conventional IVF that harnesses all the aids but mitigates errors of the existing IVF treatment. “When you push an already failing ovary, it throws out chromosomally abnormal eggs and with mild fertility tablet based stimulation, the same ovary has greater chances of producing normal eggs leading to normal embryos. This is the rationale for IVF Lite and in getting us as good pregnancy rates in this difficult group as our young patients” explains Dr Gautam Allahbadia. He came up with IVF Lite to formulate a less demanding treatment with less side effects and better patient acceptability.

However, Dr Gautam Allahbadia says that understanding how the ovaries work, and how ovarian follicles affect the chances of IVF success is a crucial part of choosing IVF as a fertility treatment plan by any patient. Talking about what makes IVF Lite different from the conventional treatment, the doctor says that more complex and demanding protocols of conventional IVF have been replaced by IVF Lite.

“IVF Lite’s focus is minimal stimulation followed by accumulation of vitrified embryos; in conventional treatments, couples are given quantitative doses of fertility injections, aimed at making multiple eggs. We have fine-tuned a method wherein a minimal amount of medicines (10 tablets for ten days, and about five injections) are given with results as good as conventional IVF. The main difference in IVF Lite is that for all the patients, we freeze the embryos in the months they are removed from the woman’s body. Once we have the required number of embryos in the next months, the uterus is primed, making it more receptive to receiving the embryos,” he says. Further explaining about the increased success rate, Dr Allahbadia states, “IVF Lite increases the pregnancy rates to 70-80%. We are proud to be able to offer this program, also having the most experience and research with it. Women who were previously told that they couldn’t conceive their genetic children, also have a chance at getting pregnant now.”

The groups that were expected to traditionally benefit from IVF Lite were poor ovarian responders, older patients, or women who have experienced failed natural IVF cycles. But today, IVF Lite can be offered to all women who are dealing with infertility, and seeking the IVF treatment.

IVF Lite is an effective way of conception not just for poor ovarian responders but also for undiagnosed premature ovarian ageing (POA); which is also very frequently overlooked. For a successful IVF treatment, patients must be given ovarian stimulation protocols based on their ovarian age, not just their physiological age, asserts the doctor.